Islamism and Critical Theory on the Left 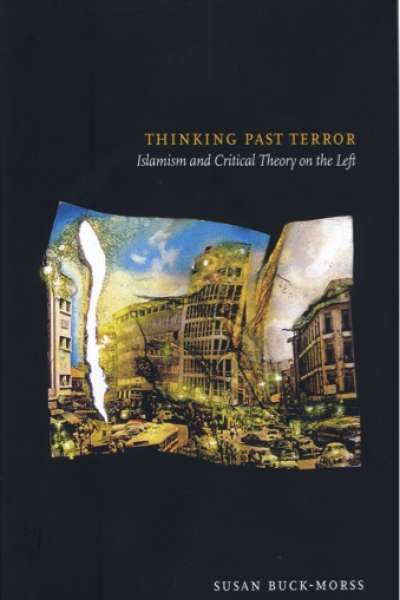 Renowned critical theorist Susan Buck-Morss argues convincingly that a global public needs to think past the twin insanities of terrorism and counter-terrorism in order to dismantle regressive intellectual barriers. Surveying the widespread literature on the relationship of Islam to modernity, she reveals that there is surprising overlap where scholars commonly and simplistically see antithesis. Thinking Past Terror situates this engagement with the study of Islam among critical contemporary discourses—feminism, post-colonialism and the critique of determinism. Reminding us powerfully that domination and consensus are maintained not by the lack of opposing ideas but by the disorganization of dissent, Thinking Past Terror presents the empowering idea of a global counter-culture as a very real possibility. If the language of a global, radically cosmopolitan Left is not presumed but its attainment struggled for, if the Leftist project is itself this struggle, then democracy defines its very core. “An insightful and important new edition to critical theory for our century.” — Clamor

“This is a highly appealing scenario of communication producing and illuminating dissent.” — Bookforum

“Thoughtfully and insightfully written… Thinking Past Terror looks forward to the goal of a cosmopolitan Left that can find unity and strength to remain viable in ever-changing times.” — Bookwatch

“Susan Buck-Morss enables us to discover the Islamists as our neighbors: neither as fundamentalist fanatics unable to cope with modernity, nor as the exotic authentic Other, but as people sharing the same global predicament as ourselves.” — Slavoj Zizek

Preface to the Paperback Edition

“Can There Be a Global Left?” For Professor Hisham Sharabi